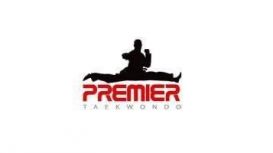 Huddersfield Taekwondo Club was established in 2007 by Master Mosy, the 5th Dan instructor. The club expanded so rapidly that, by February 2010 the club leased its own centre and proceeded to fully equip it for martial arts. In October 2011, the club was rebranded as Premier Taekwondo. The club continued to expand and opened branches in surrounding areas of Huddersfield, as well as branches in Leeds, Liverpool and London.

As a club, we are governed by the National Governing Body for Taekwondo in the UK: British Taekwondo. This allows us to be regulated and makes sure we conform to standards set out by the World Taekwondo Federation.

We do not have any reviews about Premier Taekwondo Mirfield available right now.

This business has no reviews yet.